Great Bay Sailor is an eclectic folk band based in Portsmouth, NH.   Casting a wide net, the band performs out of an extensive repertoire of maritime, Irish/Scottish, British and Oldtimey music.  In the maritime tradition, they play and sing traditional and contemporary songs and tunes inspired by ships, sailors, oceans and tall tales.  Mike Blair and Steve Carrigan sing the songs, with Steve also on guitar and bodhran.  Jim Prendergast, a thirty year veteran of the Nashville music scene, plays guitar, mandolin and banjo.  Rounding out the mix is singer/songwriter Taylor Whiteside who tantalizes us with original songs, guitar, accordion, mandolin and fiddle. 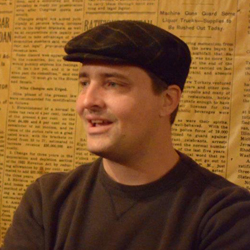 Steve Carrigan has been performing music in and around the New Hampshire seacoast for over 15 years.  His musical projects included the folk rock band “Blind Harpers”, the acapella group “High Pukka Flying Squad”, and the elegant sounding traditional band “Toad in the Road”.  He is currently a singer for the traditional music group “Great Bay Sailor” which specializes in Irish, Maritime, and other music of the world.  Steve is also a voice-over artist, and the former host and creator of the WSCA 106.1 Portsmouth Community Radio’s new program “Local Folk”. 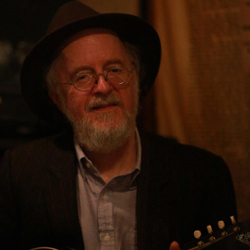 James’ deep and varied experience in music has found him backing up many of the Grand Ole Opry stars, working as a studio musician with many of the legendary ‘Nashville Cats’ and producing thousands of recording sessions. A 7-year tenure running the band at Findley’s Irish Pub in the Gaylord Opryland Hotel led to a deep immersion in Irish music, a specialization in ‘DADGAD’ guitar, and a role as producer of CMH Records’ Celtic Tribute series. More information may be found on James’ Portsmouth recording studio website, www.millpondmusic.com. 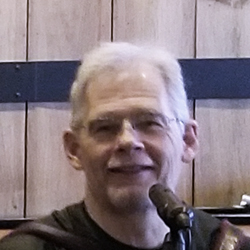 Taylor has performed at all the best-known folk venues throughout New England. He has a solo album on Folk Era Records. He was a member of the resurrected Brandywine Singers of 60’s folk fame. He has appeared in many PBS TV specials and performed in top theaters such as The Kennedy Center.

He toured in the U.S. and Canada for many years with the Clancy Brothers.  He appeared in a feature film starring Roger Moore. He has done studio tracks for “Nova” and “The American Experience” and even did a stint with the Broadway touring company of “Annie”. He appears on recordings with Johnny Cash, Pete Seeger, Emmylou Harris, Mary Black, Tom Paxton, Tommy Makem, and many others. He has shared the stage with The Kingston Trio, The Clancy Brothers, Crystal Gayle, Peter and Paul (of Peter, Paul & Mary), and the original Highwaymen, to name just a few.

In the words of Tommy Makem, “A rare talent is Taylor Whiteside. Go listen to him any time you can. I’m sure you’ll consider it a privilege.”

Michael Blair of Lee, New Hampshire grew up in a family rich in the traditions of both Irish and French Canadian music.  Whether sitting with family around the kitchen table listening to the old folks playing French tunes on the harmonica, or singing to the Irish Rovers on the record player, there was always music in his parent’s home.  In college, Mike sang in the United States Air Force Academy’s Cadet Choir and had his first opportunity to travel and see the positive effect of music on an audience.  After an interlude of more than 20 years where singing was limited to his children at bedtime, Mike stumbled upon the folk music scene in Portsmouth, New Hampshire and was quickly drawn into its fold.  In his second year singing with Great Bay Sailor, Mike brings to each performance a unique range of heartfelt and soulful music rich in maritime tradition and spiced with Celtic flavor.

Bruce Macintyre – The Progenitor of GBS – We are deeply grateful. 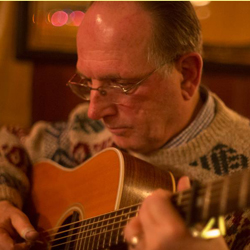 Bruce MacIntyre, currently a Lee, NH taxpayer,  spent a good portion of his singing life as both church and oratorio soloist, but in the Late 1990s he wandered into the traditional music session at the Press Room in Portsmouth NH, experienced a mighty conversion to folk music, and hasn’t looked back since.   With guitar, whistle, drum, bones and voice he performs tunes and songs from the Irish, British, American, African American, maritime, Oldtimey traditions.

Bruce has performed extensively with traditional singer Jeff Warner, and has appeared with him at the Mystic Maritime Folk Festival, the New Bedford Summer Fest and the Portsmouth Maritime Folk Festival, as well as a special concert/fundraising event at the Ozawa Concert Hall at the Tanglewood Music Center in Lenox, MA.  Through Jeff’s auspices, Bruce has had the privilege of sharing the performance stage with some of the great traditional singers of our time, including Lou Killen, John Roberts, Tony Barrand and Michael Cooney.

Over the years Bruce has also been instrumental in the formation of various bands including ‘Hallowell and MacIntyre’, ‘The High Pukka Flying Squad’, ‘Toad in the Road’, and two iterations of ‘Great Bay Sailor’.   Bruce has risen to the rank of Lt. Colonel as a recognized leader of the legendary Friday night Press Room traditional Celtic/folk session in Portsmouth, NH.  He is also a board member and Treasurer of the Portsmouth Maritime Folk Festival and a member of the performance committee of the Portsmouth Athenaeum.

Here is the Music Player. You need to installl flash player to show this cool thing!